The Standardized Arabic Test is a pioneer project developed by the Saudi Electronic University adhering to best international practices in assessing language proficiency, taking into consideration the unique characteristics of the Arabic language. The availability of the test worldwide enables learners of Arabic as a foreign language to immediately know their Arabic proficiency levels.

Since the idea of the Arabic Online Program was first conceived, the Saudi Electronic University has deemed it essential to prepare a standardized test to measure language skills for the increasing number of Arabic learners around the world. One of the major challenges was the lack of an up-to-date and comprehensive standardized test for Arabic learners, similar to standardized tests for other languages around the world, that are based on precise standards to achieve defined goals. The thoroughness of this Standardized Arabic Test, which has been prepared according to international standards of measuring language competence, is based on a deep understanding of the Arabic language system and a deeper understanding of contemporary language teaching theories, especially with respect to skills measurement and evaluation. After careful analysis of the latest methods in teaching and evaluating a second language, the best international practices were adapted within the Common European Framework of References for Languages (CEFR), which is the international evaluation of linguistic skills. The general theoretical framework and methodology for teaching and evaluating second language acquisition was adapted to meet the measurement requirements for Arabic language skills. Also, the referential framework for TOFEL, which measures English as a second language, was leveraged to provide a credible toolset to precisely measure learner skills in Arabic. Therefore, the Saudi Electronic University diploma assessing acquired Arabic language skills will be a credible and international benchmark of Arabic proficiency.

The Components of the Test

The Standardized Arabic Test aims to measure language skills for non-native speakers of Arabic with respect to the different language skills (i.e. reading, listening, writing, and speaking). In addition, the test is designed to measure the achievements of Arabic learners with respect to the linguistic aspects of Arabic language such as the syntax, morphology, semantics, and lexicology of the language. It’s worth mentioning that although some of the international language tests have not included conversation skills until recently, the standardized Arabic test focuses on the integration of all language skills. The test uses modern computerized techniques to assess conversation skills. Conversation skills are a key element of the test. 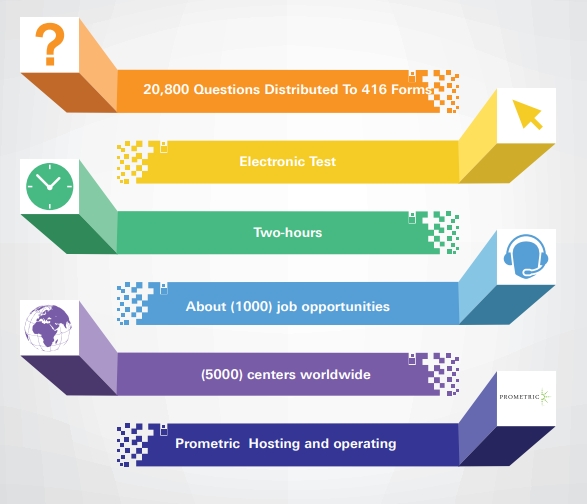 The time of the test is 2 hours. The test consists of 5 main parts including the four language skills in addition to language elements. 20 % of the total test material is assigned for each skill. Like other international standardized language tests, this test employs a variety of question types ranging from objective multiple choice questions to essay questions that require written intervention or oral comprehension. A set of standards was considered for the design of the test. The questions testing the first three skills (listening, speaking, reading) are in objective multiple choice format; meanwhile, questions testing writing and conversation skills are more subjective, in that the candidate is asked to write about a specific subject and is given 30 minutes to answer the question based on specific writing requirements and conditions. Then, the candidate will be asked to give his/her opinions and viewpoint supported by arguments and examples. The same procedure is required for the conversation skill where the candidate is asked to answer one main question that may have branches about which the candidate will speak for ten minutes. 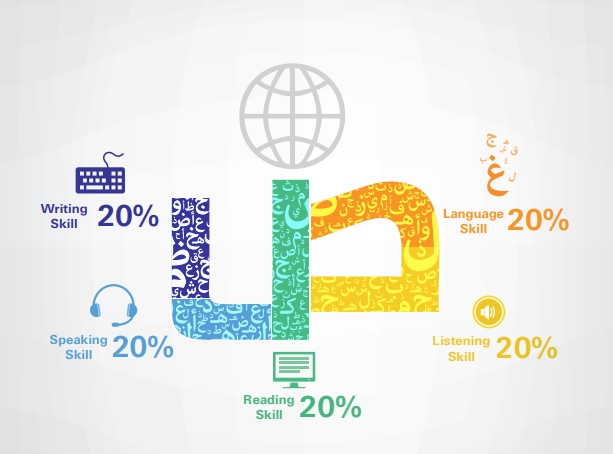 This test is designed for learners at the advanced level and it matches the third level, known as C1 - C2 in the Common European Framework of References for Languages (CEFR). The test is compatible with the advanced level of the Arabic Online Program of the Saudi Electronic University. It can also be introduced to non-native speakers of Arabic locally, regionally and globally so they can determine their language proficiency and then be granted a grades transcript. The test is available to everyone. However, it is a condition to achieve the Arabic language competence certification for students of the Arabic Online Program.

Development of the Arabic Standardized Test went through many phases:

Test Centers Around the World

The Standardized Arabic Test is administered in more than 5,000 centers around the world. The test is considered as the first of its kind regarding the unique international distribution and geographical coverage with respect to the Arabic language.

Online Arabic Program is a vital online program and a turning point in the history of teaching Arabic to non-native speakers. The program is a new learning model offered by the Saudi Electronic Univer ... Read More

Online Arabic Program is a vital online program and a turning point in the history of teaching Arabic to non-native speakers. The program is a new learning model offered by the Saudi Electronic University to teach the Arabic language. Read less
Saudi Arabia Online

Can you send me more information about this program?

Where is this school located?
Where is the campus located?

What other funding options do you have for this program?

In what language is this program taught?